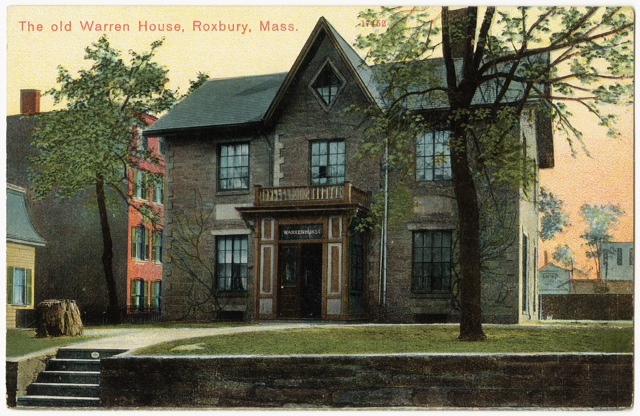 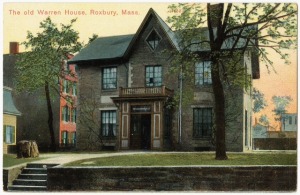 The 90 minute tour will start at 2PM at the Warren House, 130 Warren Street in Roxbury.

Placed on the National Register of Historic Places in 1983, the Moreland Street Historic District is significant for its distinguished architecture representing a range of the styles and residential building types prevailing in the Boston area from 1840 to the 1920s, for the evolution of its urban/suburban plan, as an important example of Boston’s “streetcar suburb” development, and for its associations with the lives of persons of national and local importance, particularly General Joseph Warren and members of his family.*

In addition to showcasing examples of the district’s fine architecture, the tour will visit sites associated with Admiral John A. Winslow, a Civil War hero, authors Hamlin Garland and Epes Sargent and, reflecting important demographic shifts that began in the late 1800s, the politically influential Curleys and O’Neils.

The tour will also highlight educational, charitable and religious sites, including the former site of Roxbury Latin School, Roxbury’s oldest public school building (now a church), the Lutheran Church built in 1923, the Carmelite Monastery in the Mt. Pleasant Avenue Historic District and the Dearborn School.

Widespread community opposition to the proposed demolition of the Dearborn building, built in 1911-12 as the High School of Practical Arts, has inspired this tour.

Architectural historian and preservationist Steve Jerome, tour leader, was first introduced to Roxbury’s historical resources as a School Programs Aide at the Historic Neighborhoods Foundation. On the tour he will share some of his recent research findings on Roxbury architecture including new findings about the High School of Practical Arts and its neighboring structures.